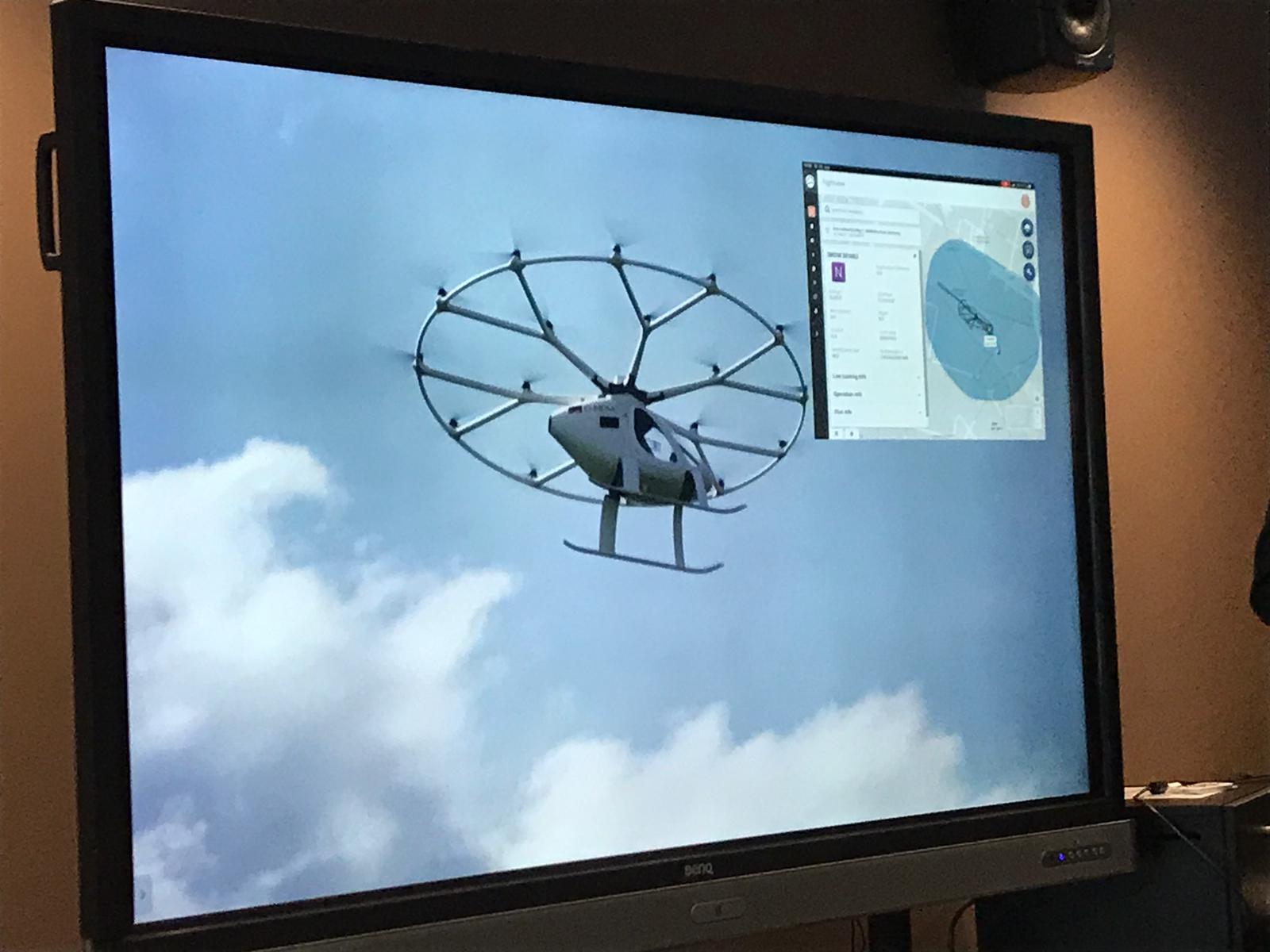 As aviation technologies such as drones and air taxis fly in Very Low-Level Airspace (VLL), there is a need to manage them in a secure manner. Especially in high-risk areas, such as urban environments and airports. The demonstration represents a milestone in the progression of drone technology.

It proved the viability of UTM systems supporting autonomous air taxi and drone operations in congested lower airspace, in combination with existing ATM systems - a vital step in ensuring the realisation of Urban Aerial Mobility (UAM).

"UTM service providers discuss and share information through the FIMS (Flight Information Management System), using existing components but combining them, not just traditional UTM services but also services such as precision weather, supported by the Finnish Meteorological Institute, with mobile coverage supported by Telia and Elisa.

So we get the real-time situational awareness to all airspace users, manned and unmanned. We can connect FIMS from two different countries enabling international operations, such as logistical operations between Finland and Estonia which could be served by drones," said Jonas Stjernberg of Robots Expert, one of the coordinators of the project.

The demonstration was the final demonstration of the Gulf of Finland (GOF) U-space project, aimed at demonstrating how ATM and UTM systems can enable Urban Aerial Mobility. Volocopter's electric air taxi performed its flight managed by three UTM service providers.

“The UTM system will also need to assess all the data to be able to reject some drones from flying into certain areas where there is a requirement for the drone to carry the kind of technologies they will need to fly in an urban environment,” said Ronni Winkler Østergaard of Unifly - one of the UTM service suppliers taking part in the demonstration.

In addition, a drone was flown in the vicinity of the Volocopter flight, to see whether all aircraft could be tracked in the area of operations.

“We are happy to say that all providers we tested were compatible with the Volocopter systems. As a member of the SESAR consortium, we have the rare opportunity to work at the forefront of integrating ATM/UTM with all relevant stakeholders at the table: regulators, airports, air navigation service providers and UTM providers," said Jan-Hendrik Boelens, CTO of Volocopter.

"This pan-European ATM initiative puts another indispensable part of Urban Air Mobility ecosystem into place. We know that air taxi technology is viable: certification has been defined by the EASA, we will build our first VoloPort infrastructure before the year is out and with the GOF U-Space demonstration we have now shown that the existing UTM technologies are viable for UAM.

The indispensable aspects of the ecosystem exist, now it’s time to bring Urban Air Mobility to life," he concluded.

More information about the project and its demonstrations can be found on the GOF website.